A new video of celebrity couple Virat Kohli and Anushka Sharma, chilling ahead of IPL 2019, has been shared online. The video shows Virat playing a virtual reality cricket game, and his wife watching from the sidelines.

In the video, shared on fan pages, Virat can be seen with a VR headset, swinging his remote, and asking, “Where is the ball?” Anushka can be seen in the background, miming Virat’s batting action.

Virat and Anushka are currently in Bengaluru. Virat plays for the Royal Challengers Bangalore team in the IPL. Several pictures of the couple from the launch event were shared on the team’s app.

‘World’s Most Dangerous Laptop’ Is On Sale for $1.2 Million 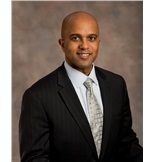