The move to cloud computing continues its steady growth, but sometimes an organization decides to retreat from the cloud or to move certain workloads back on premises. While not a widespread phenomenon, a cloud exit is a way for businesses to regain control over spending and better manage workloads they believe are struggling in a public cloud environment.

“As workloads grow in scale and complexity [in the cloud], they require more services to support,” says Hyoun Park, CEO and principal analyst at Amalgam Insights. This can quickly double and triple an organization’s costs — even for relatively predictable workloads. It’s no accident that AWS generates operating income in excess of $2 billion per quarter, Park said.

Companies consider a cloud exit strategy for various reasons. Sometimes on-premises or private cloud deployments make it easier to support a particular workload, such as one that is predictable but that has complex requirements, Park said. A cloud exit might also be of interest to a company that wants to choose its own hardware for specialized applications.

When to consider a cloud exit strategy

Organizations typically move to the public cloud not because they want to lower their infrastructure costs, but to take advantage of the cloud’s many application development platforms, said Forrester analyst Naveen Chhabra. Simply put: Cloud computing makes it more efficient to convert new ideas into products and services.
Naveen Chhabra

In fact, according to Forrester Research, the top six reasons for cloud adoption are:

“If you think of these drivers, infrastructure becomes incidental,” Chhabra said.

Even so, specific situations can lead a business to look carefully at a cloud exit strategy, said Alex Sokolov, senior software engineering manager at iTechArt Group, a custom software development company that has helped clients with both cloud migration and cloud repatriation.

A rollback might be needed, Sokolov said, when a large enterprise scales fast enough to justify the cost of on-premises data center management or when an implementation project requires hardware that complicates data transfer to the cloud.

In addition, organizations that have complex architectural maps sometimes miss dependencies that introduce latency and failure points in a cloud environment. This can happen to organizations of all sizes and in any industry, said Gartner analyst Brandon Medford.

Also, a change in regulatory exposure for an application can be a reason to explore repatriation, he said.

How to tackle a cloud exit

In its purest form, a cloud exit is just a reversal of the initial cloud migration, Medford said. Unfortunately, execution of a cloud exit strategy isn’t necessarily easy. There is no magic formula, he said, and repatriation is always handled case by case.But when an application is designed, at least to some extent, to run in the cloud, a shift to an on-premises environment means eliminating all that work and going back to the previous design and setup, Medford said.

While each rollback is unique and requires customized steps, Sokolov sees five key points that should be factored into any cloud exit strategy.

It’s also important to take time to identify snags that could snarl a cloud exit process, said Melanie Posey, an analyst at 451 Research, which has wrestled with how to describe the cloud repatriation trend.

“Anytime you are moving a workload anywhere, it just makes sense to ensure you have a business continuity plan so you can minimize or eliminate any downtime that might be associated with that move,” Posey said.

Whether the migration is to the cloud or from the cloud, make sure you map all dependencies. “You don’t want to have any unintentional downtime situations where the application breaks entirely,” Posey said. 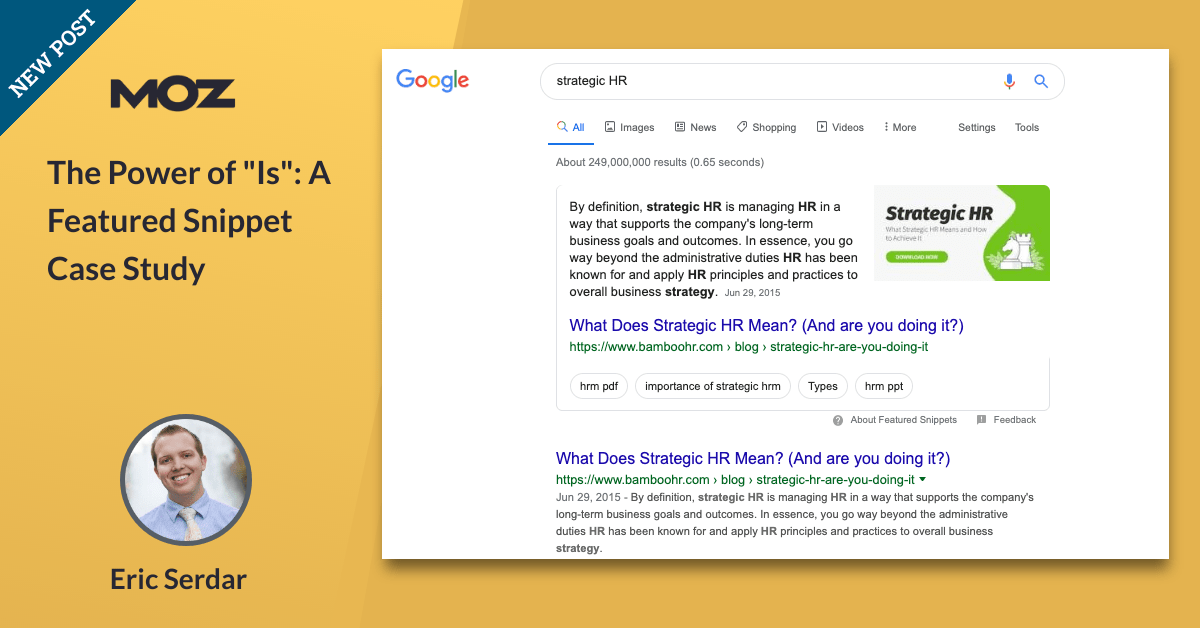 The Power of “Is”: A Featured Snippet Case Study